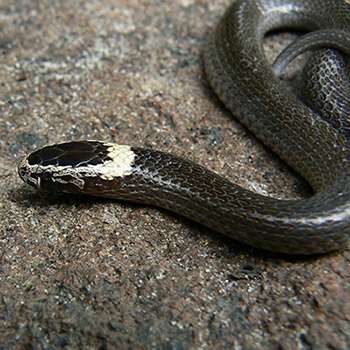 Well February had a few small surprises for our Brisbane and Ipswich snake catchers. A 2.9 metre carpet python was removed from a chook pen at The Gap after it successfully managed to gain entry into what the property owners believed was a secure and snake proof chook house. The entry point was via the roof where two nails had failed allowing the snake to force its way in. A 1.6 metre Eastern Brown Snake was caught by the Northside snake catcher from the suburb of Warner. This particular snake was in the kitchen of an elderly woman who was most upset by the snakes presence. The snake catcher was able to bag the snake quickly and allay her fears with some solid advice.
In Ipswich, we had a Red bellied Black Snake removed from the Trade Secret store in West Ipswich and a very large Common Tree Snake from a lounge room in Yamanto home. A snake was removed from a toilet in East Ipswich with the story making its way to the local newspaper. Unfortunately it was reported incorrectly as a Diamond python when in actual fact it was a Carpet Python.
The most notable capture was a Dwarf Crowned Snake removed from a home in Chelmer. This species is one of the smallest locally and is rarely seen. It was brought inside the house by the household cat at night. Another reminder why cats are better off inside of an evening rather than roaming around for little gifts to bring home to their respective owners!