Carpet Pythons dominate the snakes captured by the snake catcher servicing calls for Ashgrove and surrounding suburbs such as Bardon and The Gap. Typical of those suburbs with leafy canopy structure, the Carpet Python is by far the most frequently seen species. As the regions largest snake it is a potential danger for small pets and caged birds.

The highly agile and prolific Common or Green Tree Snake is often seen moving quickly through vegetation and also commonly encountered once they have entered homes.  These well adapted snakes occupy both terrestrial and arboreal habitats in a range of localities. These agile snakes are a common encounter within homes especially when doors and windows have been left open facilitating entry.

Of the venomous species, the Yellow-faced Whip Snake and White Crowned Snake are the most commonly encountered and relocated by the local snake catcher in Ashgrove. The highly venomous Red-belled Black Snake and the Eastern Brown Snake is very rarely recorded in the area.

A full inventory of snakes species relocated from homes over the past 20 years by the snake catcher for Ashgrove is provided below.

This beautiful ‘blue’ Common Tree Snake was found by residents at Ashgrove sitting on a chair in their patio. Their dog was rather interested in the snake and our Brisbane Snake Catcher was called to remove and relocated the visitor before he might come to harm. 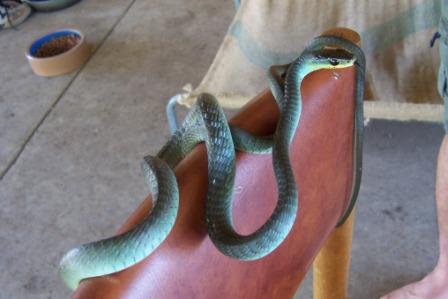 Residents at Arinya Road discovered this Carpet Python in a hedge in their garden which was subsequently caught and relocated by our Ashgrove Snake Catcher. The python certainly found a nice little hidden spot to have a rest in – just not hidden well enough! 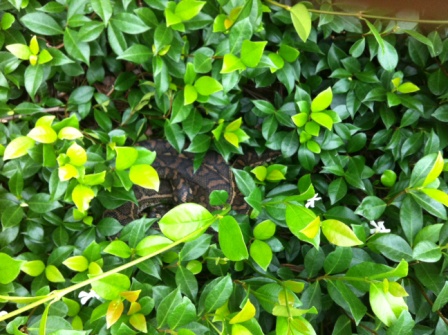 This Coastal Carpet Python was relocated by our Ashgrove Snake Catcher from a property in Wonga Drive. The snake had curled up behind an air-conditioning unit – probably trying to keep cool out of the weekend heat! 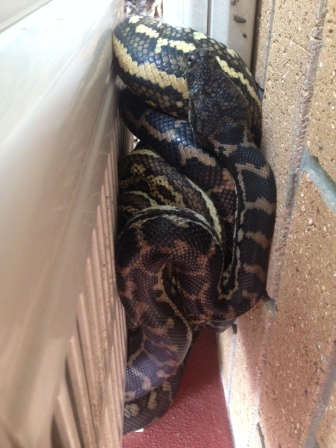 Our Brisbane Snake Catcher was called to a property in Stark Street, Ashgrove this morning where a Common Ringtail Possum ended up as a Carpet Python’s meal. The snake was hanging around the resident’s backyard pool when it caught and consumed the possum. The snake was subsequently caught and relocated by our snake catcher much to the resident’s relief. Just a normal predator/prey interaction playing out in suburban Brisbane! 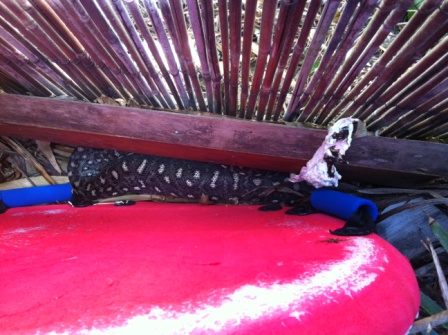