Chapel Hill is one of Brisbane City Councils more naturally vegetated suburbs with large retained eucalypts throughout the suburb. This provides a woodland type environment which, coupled with the dense suburban garden structure throughout is highly favoured by some snake species. Situated at the base of Mt Coot-tha and bifurcated by the riparian environment of Cubberla Creek this further adds to the suitability of this suburb for snakes.

Snake Catchers have recorded numerous species with the Chapel Hill snake catcher referred to by this website having serviced the local community their for the last 19 years. The non venomous Carpet Pythons dominates the captures with the contigious vegetation and easily accessed house roof spaces catering for this, the largest of Brisbane’s snakes. Also at home in roof tops, wall cavities and heavy vegetation is the Common or Green Tree Snake which is also a common snake removed from Chapel Hill homes.

Of the venomous species the Yellow faced Whip Snake is the most common. The snake catcher for this area once removed 16 individual whip snakes off a retaining wall in Chapel Hill!! The White-crowned Snake and the Eastern Small-eyed Snake also are occasionally removed from homes.

For other snakes removed from Chapel Hill by the Snake Catcher Brisbane see the following list:

The lady of the house got out the shower and went to the vanity and thought to herself “who owns that nice belt…?”. This rather pretty Coastal Carpet Python was recently relocated from Chapel Hill by our Brisbane Snake Catcher. 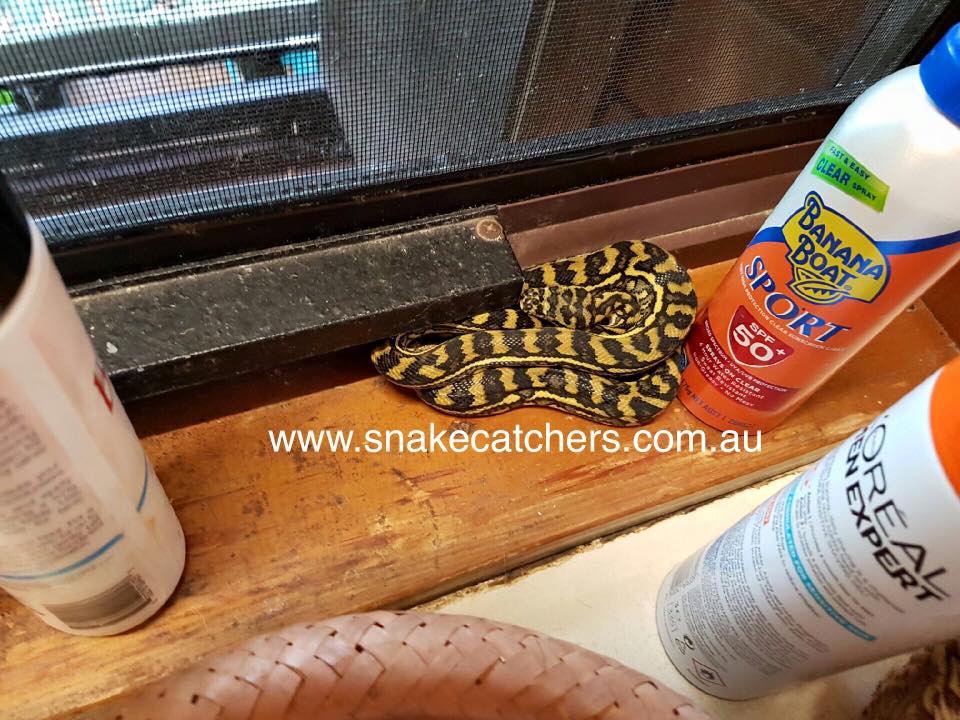 The power suddenly went out!
Residents at Indooroopilly got quite a surprise when they went to investigate loss of power at their property! The Carpet Python had flicked the safety switch when moving off the top shelf in the meter box. The snake was unharmed and was removed and relocated by our Brisbane Snake Catcher. 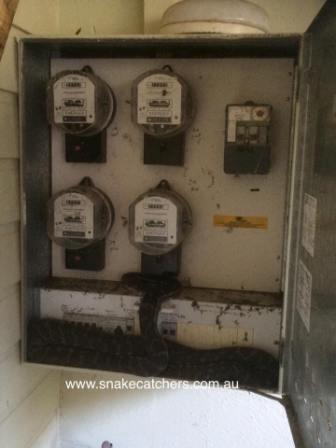 A small number of these beautiful Brown Tree Snakes turn up among our captures in Chapel Hill. They are a nocturnal species, predating on small mammals and birds. Their lightweight frame makes them especially efficient at approaching small roosting birds and they often access aviaries to take captive birds. 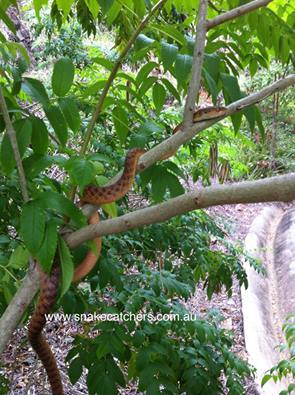 This little Brown Tree Snake was discovered by residents hiding in a corner at their home in Chapel Hill. He was subsequently removed and relocated to by our Brisbane Snake Catcher. Brown Tree Snakes are nocturnal and will sometimes inadvertently make their way into homes when foraging for prey at night. 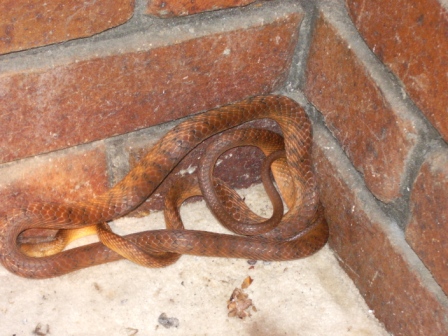 No, not an ornate blind fitting!

This Coastal Carpet Python found itself in a residential home in Aberfoyle Street, Chapel Hill one night. The residents noticed something moving above a blind fitting and discovered it was a snake. Our Brisbane Snake Catcher was promptly called to attend and the snake was successfully removed and relocated. 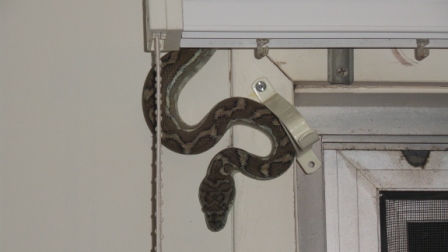 Who moved the cushion off the chair?

The owner of the handbag was visiting friends in Mukurta Street in Chapel Hill when a local Carpet Python decided to curl up on a chair right next to her handbag! Although it doesn’t look all that comfortable, the python stayed put until our Brisbane Snake Catcher arrived to catch and relocated the snake. The owner was happy the python didn’t decide to explore the inside of her handbag! 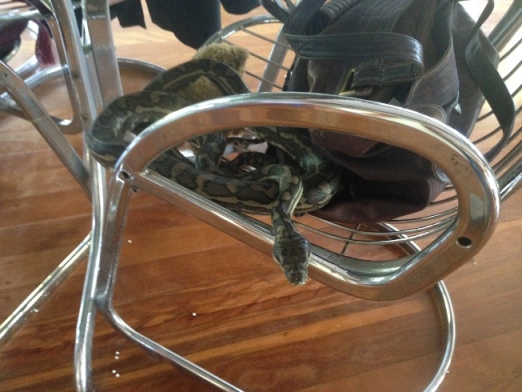 This Common Tree Snake inadvertently ended up in a bathroom at a residential property in Fleming Road, Chapel Hill. The resident was quite startled when they strolled into their bathroom and saw the snake. Our Brisbane Snake Catcher was promptly called to attend and the snake was successfully removed and relocated. 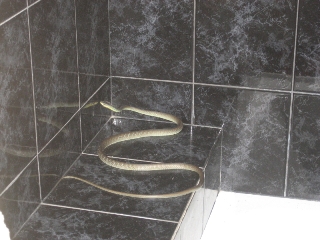