The Common Tree Snake or often referred to as the Green Tree Snake is comparable to the Coastal Carpet Python when considering its ability to take advantage of the suburban environment and the many feeding and refugial resources it provides. Non venomous, Inoffensive and biting very infrequently the Common Tree Snake is the “darling” of Brisbane snakes. It’s defensive arsenal is restricted to emitting a strong odor from the cloaca if handled firmly and if any bite is delivered the small teeth are incapable of causing more than a slight break to the skin. It’s defenceless composition sees it a common target of cats and dogs which in most cases sees the death of the snake.

Characterised by a sleek slender body with a long, very thin tail it has a distinctive ridge which extends along the outer edges of belly making shed skins easily identifiable. A wide colour range is evident from green, olive, brown & black to rare blue-grey on the upper body to a yellow or creamy belly with bright yellow present on throat. Some specimens with a blue or grey belly generally maintain the yellow coloration above the ventral ridges. The Skin between the scales when spread shows as a light sky blue especially after consuming a meal larger than its body diameter or when eliciting a defensive posture. The eye appears large comparative to head. Midbody scales are at 11 -13 rows (rarely 15).

The Common Tree Snake has an average length of 1.2 metres but a specimen of 1.96 metres was removed from under the bed sheets on a bed at Goodna. Another specimen of 1.9 metres was removed from a car engine bay at Narangba. These large snakes were most definitely females as the species is highly sexually dimorphic. Female snakes are largest with a comparatively robust build when compared to males. Head morphology is also quite distinct with variability in jaw length and profile allowing female snakes to target much larger per species.

As is consistent with many of Brisbane’s highly successful snake species the Common Tree Snake occupies a wide range of habitats from the periphery of rainforest, wet sclerophyll forests, dry woodland, farmland, suburban backyards and gardens throughout the region. It is an energetic and mobile diurnal hunter of skinks and frogs which comprise the bulk of this species diet. The introduced Asian House Gecko is abundant in all suburbs of Brisbane and is quite likely the primary reason that the Common Tree Snake is not only common in suburban areas but has managed to persist in even the most vegetation devoid suburbs including the inner city of Brisbane.

All Snake Catcher Brisbane long term snake removal specialists have recorded capture and removal of this species in every Brisbane suburb. The Common Tree Snake is undoubtedly the single most common species to require capture from within houses. Generally above ground environs such as heavy foliage of trees and shrubs, exposed beams of verandahs and pergolas, sheds and garages are favoured. Being fast-moving and hard to see in heavy cover the actual density of this species is most likely understated? Our Snake safety around the home pages along with our Snakes around the garden pages provide further valuable information when considering this species and its potential presence around your property. 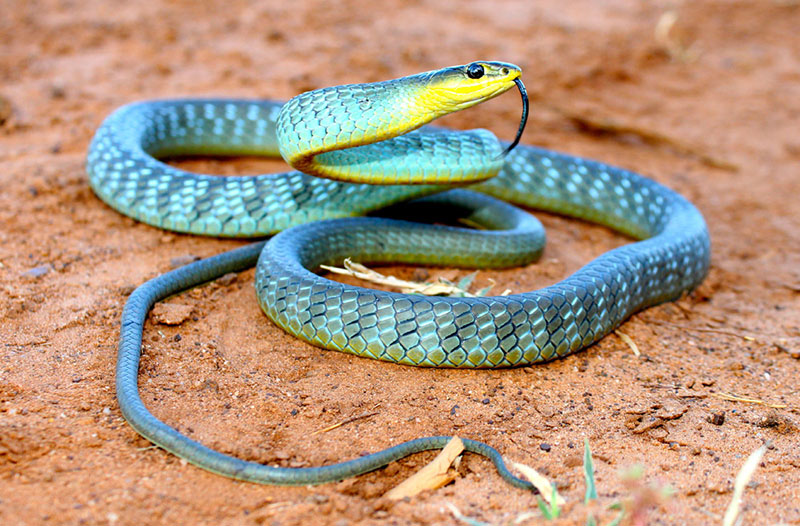